In Avila you walk in the footsteps of history. This time we visit the church of Saint Teresa, the National Saint of Spain. Afterwards we go to the Palacio de Polentinos, now military archives and museum.

Teresa of Avila, also known as Saint Teresa of Jesus, is considered as a prominent mystic. She was born in 1515 in Avila, as the sixth of twelve children. Her paternal grandfather was a Sephardic Jew from Toledo, who did not convert to Christianity until 1485.

Teresa entered the Carmelite Order in 1535, probably against the will of her father. From then on, her life and her faith were humbly devoted to a friendly existence towards God, which was detached from the ego.

All her life, she was rather ill than healthy. She constantly sought self-knowledge and internalized her beliefs through meditation. Since 1617, she is the patron saint of Spain.

In 1970, Pope Paul VI named Teresa of Avila, as the first woman in the history of the church, a Doctor of the Church.

Many monastic foundations were established in several provinces of Spain to spread their faith. 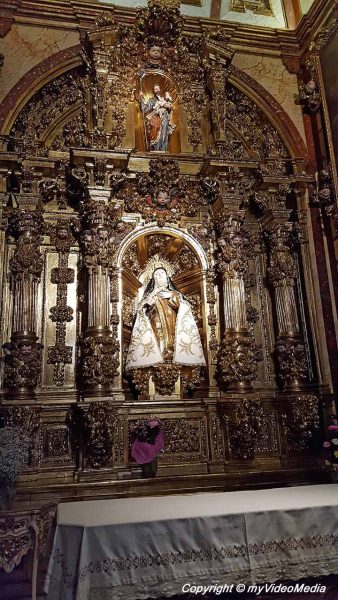 The Convento de Santa Teresa de Jesus was erected in the 17th century on the site of her birthplace. In the rear part of the church, a corridor leads to her former birth chamber, which was integrated into the building.

Another passage leads into a chapel, where a group of pilgrims is currently singing. 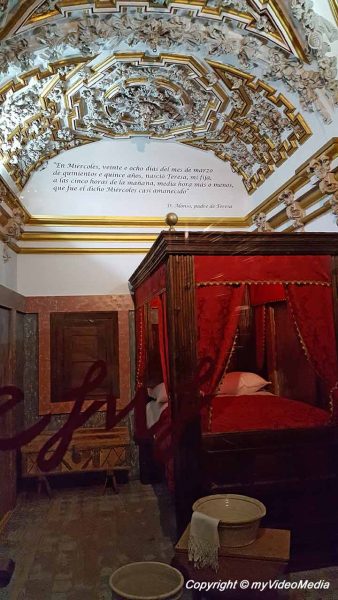 Since 1886, the church and monastery belong to the National Monuments of Spain.

When leaving the church, you see a museum on the left, with the relics of Saint Teresa. Here, shooting and photography are forbidden.

On the right is the Palace of Justice with a nice courtyard. If you like to look inside, you have to pass a security scan but the visit is free.

After a quick visit, we continue our way and reach Calle Vallespin, which is part of the Way of St. James. Here is the Palacio de Polentinos. 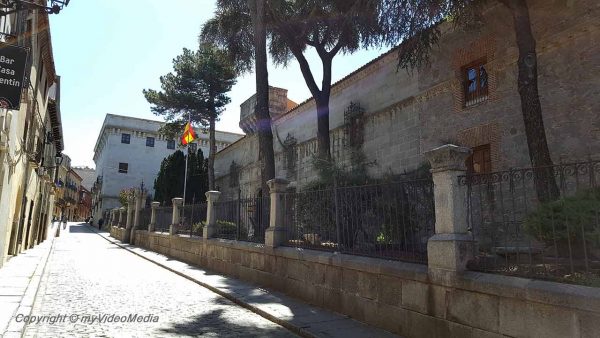 The Palacio de Polentinos dates from the 16th century, erected by Juan de Contreras in Renaissance style. It owes its name to Franciso Colmenares, the Count of Polentinos.

Today it serves as a Military Archives and Museum of Military History, Museum del Cuerpo de Intendencia. The impressive portal is a work of the sculptor Vasco de la Zarza. 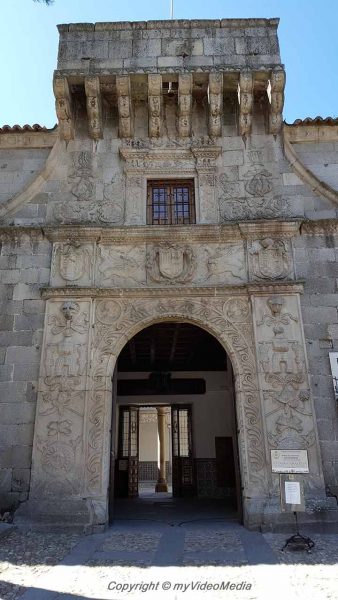 Remarkable is the beautiful arcaded courtyard, with columns arranged in two levels. The top storey, lined by a balustrade and glass windows, houses the General Military Archives. 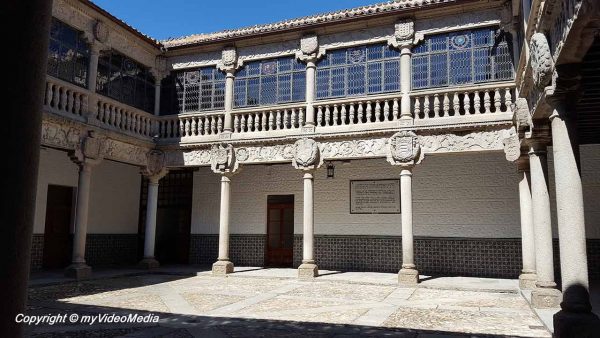 After we have looked at the beautiful inner courtyard, we want to leave the building again until a kind museum official shows us the entrance and turns on the light. 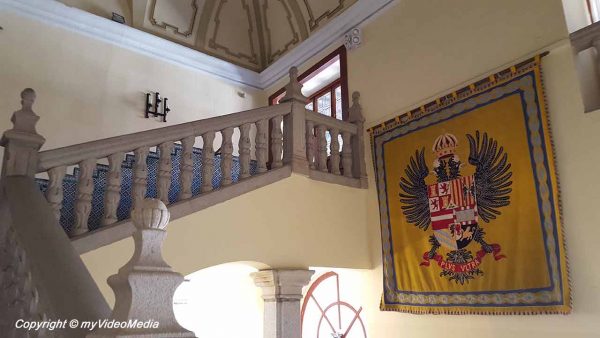 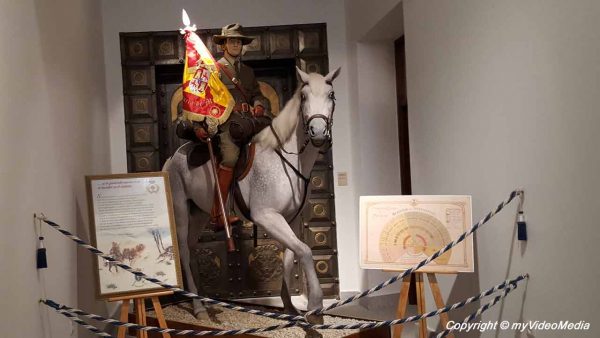 Inside we were surprised. Instead of the weapons and battles, which are usually shown in military museums, the main focus here is on equipment and the supply of the troops in the course of time. 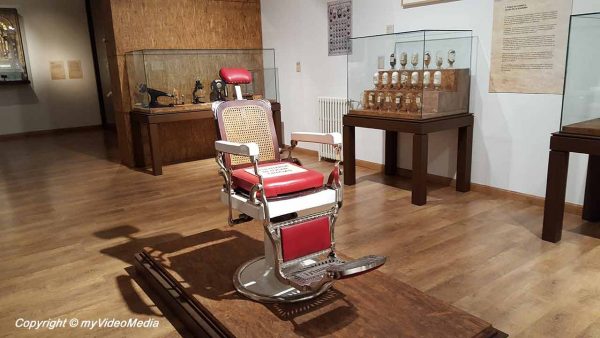 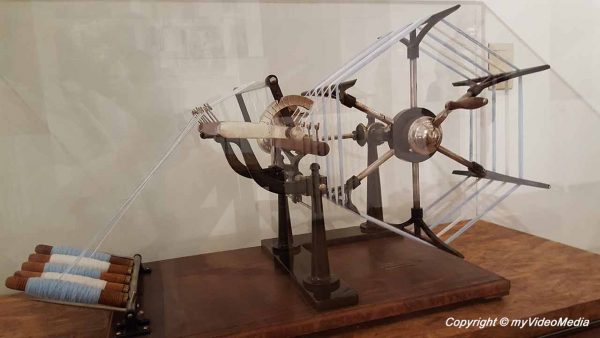 Numerous photos allow an insight into the everyday life of the soldiers beyond the front.

Please read on > Walk on the city walls of Avila 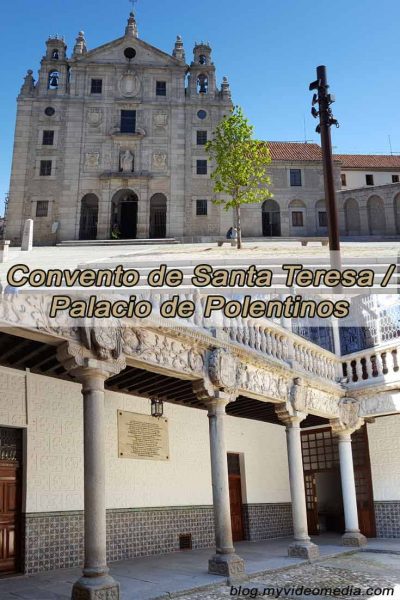