On occasion of the annual wine festival in Uerzig at the Moselle (9.08.-12.08.2018), the Harley-Davidson meeting, also known under the motto “Harley and Wine”, celebrates its 20th anniversary this year. 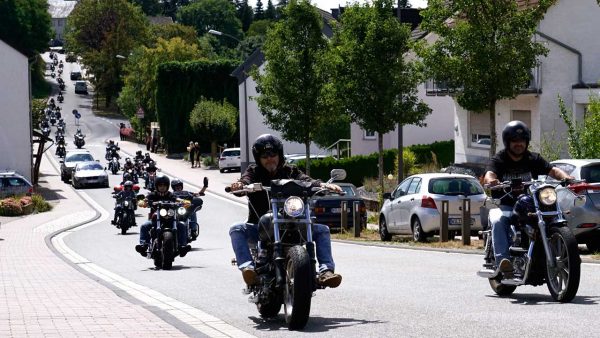 On Saturday 11.08.2018, 800 motorcycles, mainly Harley-Davidson, take part in the Moselle panorama ride from Uerzig to Wittlich. They also pass the village of Altrich, where an elongated street is ideal for filming.

Please watch the Harleys in Altrich

The convoy is headed by Arno Simon, the mayor of Uerzig.

Organizer of Moselwein meets Harley is the wine-growing community Ürzig, together with the Mainhattan Chapter Frankfurt. A lot of international chapters like from the Netherlands, Switzerland and the Czech Republic participated. 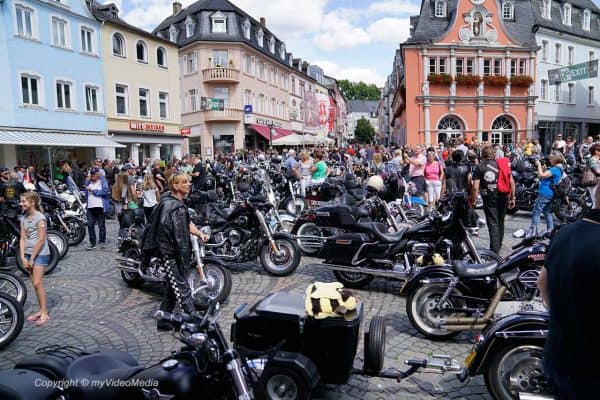 Traditionally the Harleys are welcomed in Wittlich on the market square by the mayor. It’s impressive to see so many Harleys in town.

Please watch the video of the Harleys in Wittlich

The Harley riders can enjoy the time in the surrounding restaurants while the passers-by admire the different Harley Davidson models. 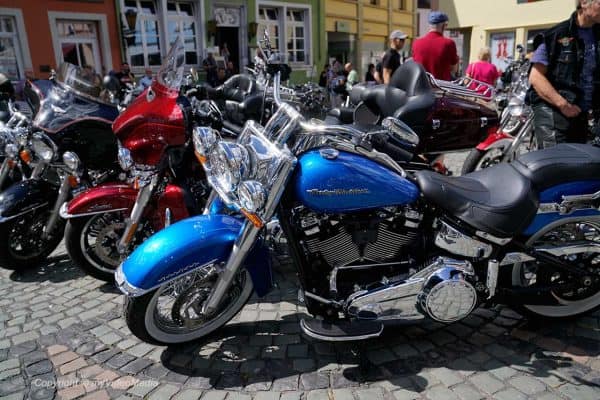 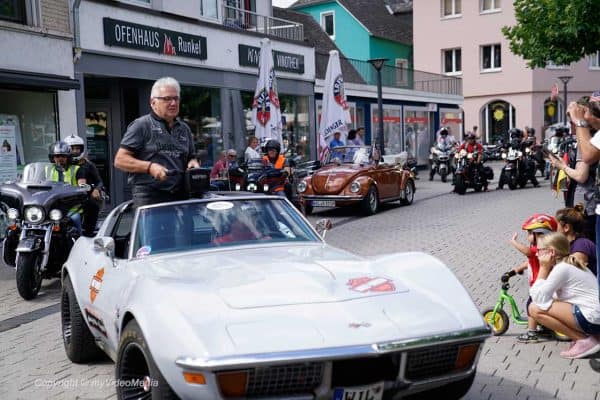 While the convoy leaves Wittlich, the enthusiasts can once again experience the sound of the individual Harleys. 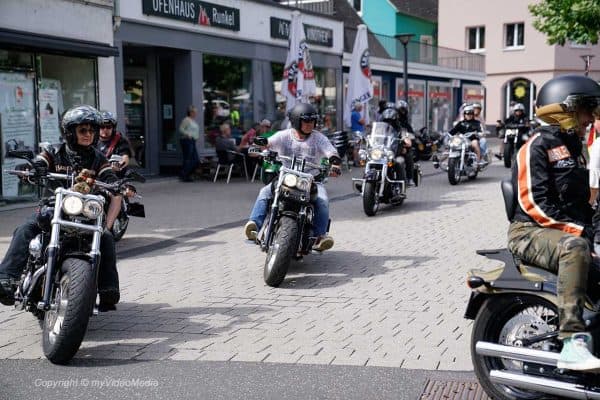 See all our posts about Moselwein meets Harley